Skill and Knowledge obtained through experiences 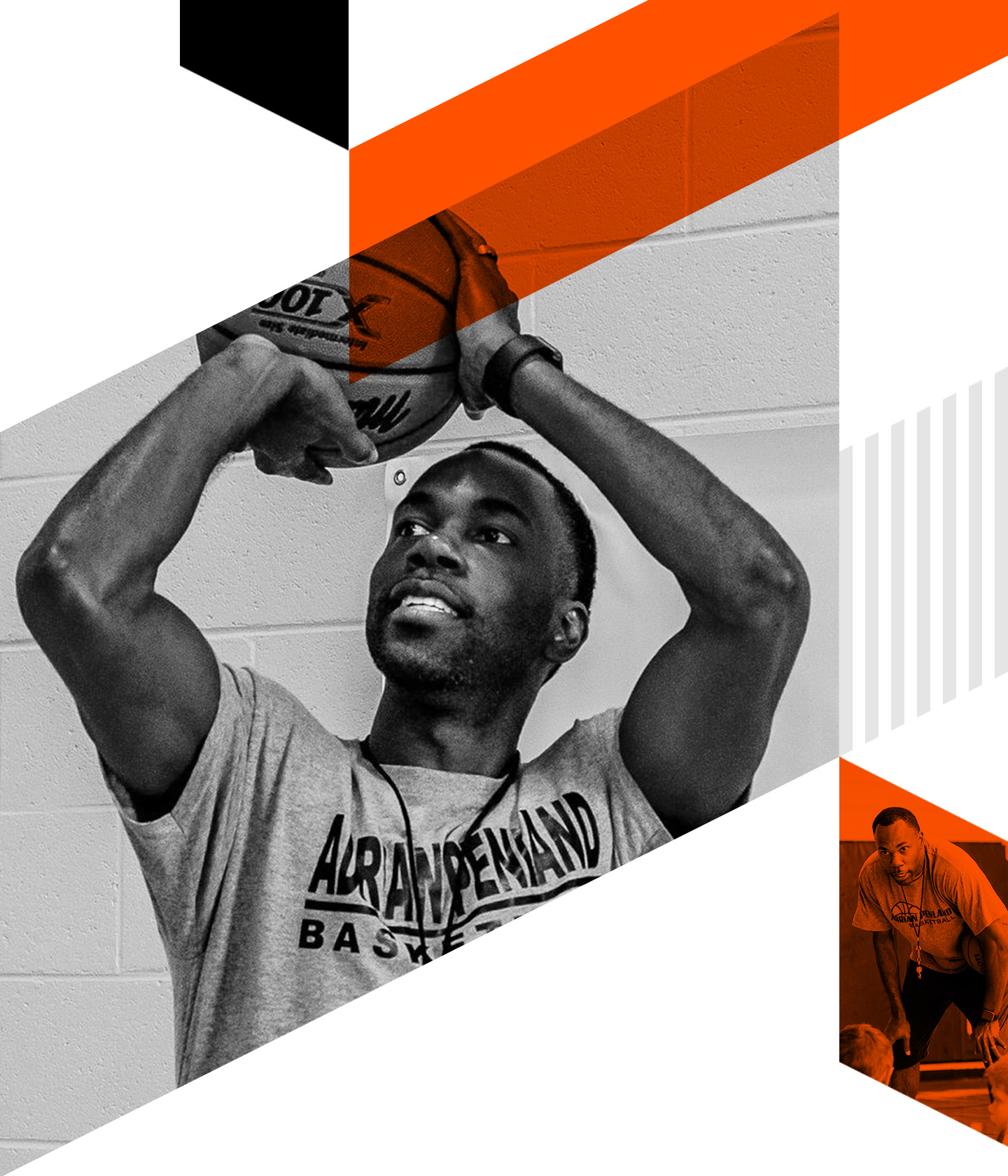 Adrian Penland is a native of Hall County. Coach Penland is also an alum of West Hall High School where he played point guard for the Spartan basketball team. Among his many accolades at West Hall were: two Most Valuable Player awards, a spot on the All-State Team, All-Tournament recognition, and breaking the record for the most points scored during a single game (45- a record which he still presently holds).

After four years of competition at the collegiate level, Coach Penland decided to extend his pursuit of basketball to the professional arena. His skills and experience enabled him to play professionally overseas for the next eight year in Latvia, Cyprus, Poland, Greece, Germany, Venezuela, China, Finland, Qatar, and Israel. He also had the opportunity to play in theAdrian Penland had a very decorated professional playing career spanning 13 different countries.USBL and WBA summer leagues. During his pro career, he collected three All Star awards and was the leading scorer twice. Throughout his professional career, Coach Penland efforts were rewarded as he earned several honorable mentions and continued to garner attention via the sports pages in several different countries as two of the teams he played on won League Champions.

Since returning to the US, Coach Penland has begun to use the skills and knowledge obtained through his experiences to teach younger players how to not only be successful in basketball, but also how to be successful in life. Coach Penland founded of Adrian Penland Basketball, North Georgia Elite LLC, North Georgia Report Basketball Scouting Services and Achieving Dreams Foundation an Non-Profit Organization. Also works as a lead trainer for Peach State Basketball where he has been afforded the opportunity to train some of the best collegiate prospects in the nation thanks to Brandon Clay and the Peach State Family.Despite his decorated career as a basketball player, Adrian graduate with a Bachelor of Science degree in History from Lander University. Adrian prides himself on the fact that his greatest two achievements in life were marrying his wife, Jewel, and together raising their precious daughters, Aiden and Emmerson

READY TO GET STARTED?